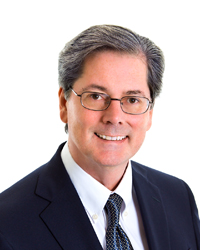 A native of Chicago, Ill., Michael J. Imber, MD, PhD, earned his undergraduate and master's degrees from Northwestern University. During his graduate research, he studied the role of glycoprotein carbohydrate linkages in receptor binding.
After completing his medical and doctorate studies at Duke University Medical Center, Dr. Imber performed a pathology residency at Brigham and Women’s Hospital in Boston, Mass., where he developed an interest in cutaneous pathology and melanocyte cell biology.
Dr. Imber later trained in dermatopathology under the tutilage of the renowned Martin C. Mihm, Jr., MD, at Massachusetts General Hospital and subsequently served as a pathology instructor at the Harvard Medical School, as well as an assistant pathologist for the Harvard Dermatopathology Unit.
Prior to beginning his work with the Dermatopathology Laboratory within the University of Florida Department of Pathology, Immunology and Laboratory Medicine, Dr. Imber also served as the laboratory director and chief of dermatopathology services at Palm Beach Pathology, P.A., in addition to being the senior dermatopathologist at I/MD PathLab, LLC, in South Florida.
Today, Dr. Imber is board-certified in dermatopathology, as well as anatomic and clinical pathology. He is an active member of the College of American Pathologists and the American Society of Dermatopathology.
His special interests include the diagnosis of malignant melanoma and atypical pigmented lesions, in additon to the biopsy interpretation of inflammatory dermatoses and alopecia. Dr. Imber has authored numerous publications and offered his expertise in presentations on these topics throughout his career.
Curriculum Vitae